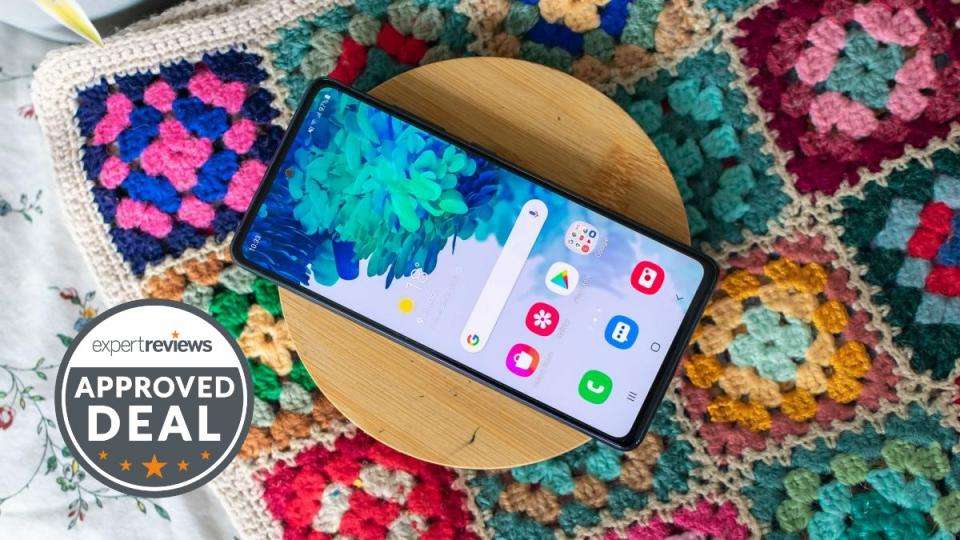 The Samsung Galaxy S20 FE is a strange beast, but a welcome one. ‘FE’ stands for ‘Fan Edition’, but it’s slightly odd branding when what you’re actually getting is a slightly weaker version of the excellent Galaxy S20. What kind of fan wants a cut-back version of the thing they’re a fan of? Nonetheless, for everyone else, it’s still a superb phone. And thanks to this deal from Three , it’s now a great time to buy. For £30 per month with no upfront cost, you get the 4G model of the Galaxy S20 FE with unlimited minutes, unlimited texts and 30GB of data per month. That’s a grand total of £720 over the lifetime of the contract, which isn’t bad at all when you consider that SIM free the phone costs £599. In other words, you’re getting a whole lot of data for the remaining £121, and you’re splitting the cost over two years. So, is the phone worth it? Unquestionably, yes. You get the majority of the features that made the S20 such a great handset when it launched back in February, including a fast Exynos 990 CPU and 120Hz screen, for less of an outlay. In some areas, such as screen size and battery life, it’s actually better. Yes, there are drawbacks: the back is plastic for one thing, and the screen is lower resolution for another. It also loses the 64-megapixel telephoto lens and the ability to record 8K video. The quality of the snaps are still excellent, though, with impressive detail and limited noise. As our Mobile Technology Editor Nathan Spendelow wrote in his review: “Despite the (few) differences, if I bought the regular Galaxy S20 on day one, I would be a bit peeved to see Samsung launch a near-identical handset within the same year for £200 cheaper.” You’d likely be even more peeved if you saw the same phone at just £30 a month with no upfront cost before the year ended… Buy now from Three