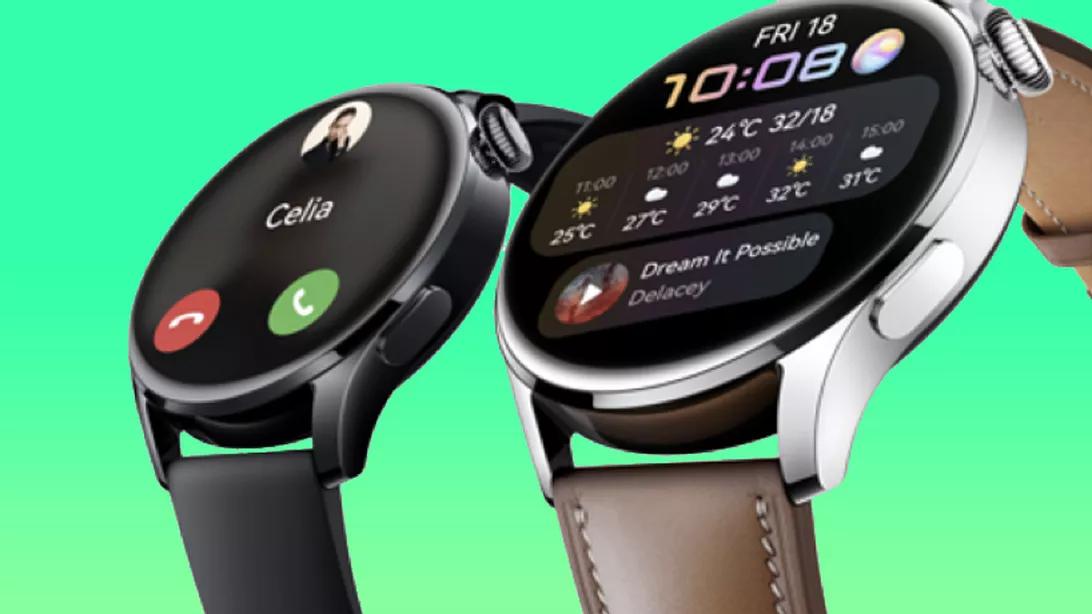 The Huawei Watch 3 hopes to rival Apple and Google with its in-house operating system.

Huawei's Watch 3 is making a statement: It's the first Huawei smart watch to run its in-house Harmony OS and it has far-reaching implications in its challenge to Google's Wear OS and Apple's WatchOS. Although still in its early days, Harmony OS is Huawei's answer to Google Mobile Services, except the Chinese company wants it to go further: to run across all kinds of Huawei gadgets -- going beyond smartphones. Watch 3 is an important wrist wearable for Huawei as it provides a sort of litmus test for how the software as well as Huawei's app store (Huawei App Gallery) will be received internationally.

The Watch 3 has been available for several weeks in places like the UK, where it starts for £349 (converts to $480, and AU$ 660), but the global rollout is currently underway. The Watch 3 has a lot of things going for it: a crisp and vivid OLED display, eSim support (though in the UK it currently works with Vodafone only) and a crop of sensors complemented by useful health and fitness monitoring features. The Watch 3 monitors heart rate and blood oxygen, has GPS and is one of the few smartwatches on the market to offer around-the-clock temperature checks. Huawei's latest wrist wearable now also boasts water resistance up to 50m, something 2017's Watch 2 lacked. And there's also 2GB of RAM, which made for zippy loading of app as well as switching between menus.

Get the CNET Mobile newsletter

Find the best phones, apps and accessories with our CNET Mobile newsletter. Delivered Tuesdays and Thursdays.

But it does come more expensive than it probably should. At £349 in the UK, it has a higher price tag than the Apple Watch 6, and it will likely face some competition from the likes of Samsung's Galaxy Watch 4 among others. It's also missing a few things: NFC-enabled payments -- aka no contactless payments using the device -- and no electrocardiogram (ECG or EKG), which is a fairly common sensor on smartwatches that checks for irregular heart rhythm. Also, in my short time with the Watch 3 at least, battery life didn't live up to Huawei's claims of three days. While the Watch 3 won't be getting a US release like many of Huawei's devices, it could still be challenging Apple's and Google's higher-end watches in international markets.

The watch has a 1.43-inch AMOLED screen.

As soon as you see the Watch 3, you'll immediately notice that it looks like a classic sports watch complete with a big and round face. On the upper right, there's a digital crown offering a similar scroll-wheel effect as the Apple Watch. That face is home to an enormous 1.43-inch AMOLED screen, making for relatively easy typing (as easy as it gets on a smartwatch, at least) and effortless reading of displayed text thanks to that expansive display.

Huawei's Watch 3 digital crown is one of two physical buttons on the smartwatch.

Overall, I found that the watch rested comfortably on my wrist with a case made from stainless steel and a ceramic back. At 46mm, the watch was simply too large for my wrist, but I can see how this size would work for many people as well as its understated elegance. There are swappable straps crafted with various materials, including fluorescein, leather and metal links.

The Huawei Watch 3 is the company's first smartwatch to debut Harmony OS, its proprietary software that's steadily been making its way across a range of Huawei gadgets -- beyond smartphones. Setting up the watch on iOS was straightforward: You download the Huawei Health app directly from the App store, then pair it via Bluetooth. For non-Huawei Android phones, there's an additional step involved. You'll need to download Huawei's app store, the App Gallery, first then get Huawei Health from there, though there have been reports of a tedious setup process. If you have a newer Huawei phone, the Health app should be preinstalled.

Overall, the user experience was intuitive and everything ran smoothly as far as I can tell: Apps loaded, notifications popped up (even though you couldn't do much with them), and things just worked. There was an undeniable Apple-inspired touch on Huawei's Watch 3 (to put it mildly) in the form of the app grid, which is an all-too-familiar take on Apple's signature honeycomb arrangement.

The watch has a few exclusive features when paired up with a Huawei phone.

Huawei says the watch is more compatible with its own phones, and the company insisted I test the device with its flagship P40 along with my iPhone 12 Pro Max. Based on my short hands-on time paired with the P40 flagship, I noticed slightly better battery life performance, and some added convenient touches. For instance, it was nice to be able to charge the Watch 3 on the go via reverse wireless charging on the P40. Another key feature supported was a one-hop watch face transfer and video watch face, a feature I couldn't experience with my iPhone.

Huawei emphasized its focus on health for the Watch 3, packing it with over 100 workout modes as well as a slew of health monitoring features that run the gamut. From more basic ones like heart rate to apparent must-haves like blood oxygen monitoring (SpO2), which is a feature that was thrust into the spotlight amid the coronavirus pandemic since low SpO2 levels could be a symptom of the illness. The Watch 3 is also the first mainstream smartwatch featuring a temperature sensor, which offers around-the-clock readings of your body temperature. I didn't get a chance to cross-check accuracy with a thermometer, but it was nice to be able to see my readings on demand. One advanced health feature that the Watch 3 is missing is EKG. Other things I enjoyed were autodetected sleep-tracking features, which put your sleep into a nap category or the regular sleep category. But I'm afraid it didn't have an "awake" category for the occasions when you wake up in the middle of the night, so I'd take the readings as a rough guide.

I tested the Watch 3 in the pool and during my hikes. Everything went swimmingly as far as I can tell and it was nice to get real-time BPM measurements while swimming to learn how hard I was working. The Apple Watch Series 5 I use only gives this to you once you've completed your swim, and it spits out an average heart rate instead. During hiking, the Watch 3's BPM ran a couple of beats higher than my Apple Watch. Unfortunately, I couldn't confirm which was more accurate since I didn't have a chest strap on hand, but both readings were close enough to each other. Either way, I like having the heart rate workout zones available to gauge how hard I'm going and to help me track my heart rate zones.

The battery, in my experience, was a bit of a letdown. Huawei put battery life at three days, and also 14 days when using a special battery mode. Whether you hit these estimates depends on if you're a heavy or light user, but in my experience the Watch 3 lasted only two days. As such, I ended up charging the device every single day just to be on the safe side.

To learn more about Huawei's Watch 3, take a look at our specs chart below.