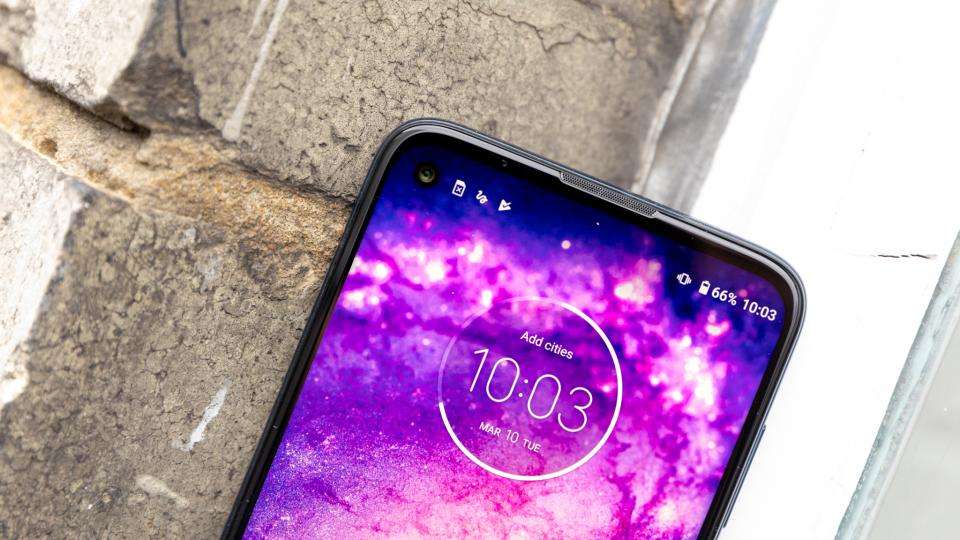 Motorola Moto G8 Power review: The budget phone that goes on and on

The G7 Power was our favourite of these, striking the right balance between performance and price. But this time around Motorola has mixed things up a little – the Moto G8 Power is the second most expensive, closing in on the original price of the G8 Plus which was confusingly released on its own four months ago.

There may be a method in this madness, but it doesn’t really matter. The G8 Power is still one hell of a handset – it’s just no longer quite the budget pick it once was.

Motorola Moto G8 Power review: What you need to know

Because the Moto G8 Power is now the second most pricey Moto G, this is more of a jump than you’d expect from an annual refresh. Not only is the processor upgraded from the Qualcomm Snapdragon 632 to the 665, but the RAM has been doubled from 2GB to 4GB and the screen is now 1080p in resolution.

To showboat, the number of cameras on the back has also been expanded. Yes, there are now four cameras at your disposal, encompassing everything from distant telephoto photography to close-up macro shots.

The ‘Power’ part of the name is still the same though, referring as it does to electricity rather than processing grunt. The battery is a whopping 5,000mAh in capacity, which is the same as last year. Motorola claims this can lead to three days without a charge, in the right circumstances. 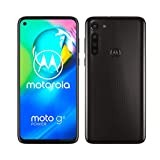 That means, at current rates, it nearly matches last year’s Moto G8 Plus, which is now available for £230 . In fact, the two have almost identical specs, going toe-to-toe on processor and RAM. The main dividing line between them is size (the Power is 6.4in to the Plus’ 6.3in), battery (the Power has 1,000mAh more) and cameras. The Power’s main sensor is supported by macro, telephoto and ultrawide lenses, while the Plus just has ultrawide and depth sensors. Its main 48-megapixel camera is better than the G8 Power’s 16-megapixel snapper, however.

Motorola will soon release the plain old Moto G8, which will arrive at an easier to swallow £179. This saving is chiefly made via a lower resolution 720p screen, a battery that’s 1,000mAh smaller and the loss of the telephoto camera sensor.

Moving away from phones with the word “Moto” on them, your best bet in this price bracket is Xiaomi’s wonderful Redmi Note 8T which has the same core specs and four cameras for a bargain £179.

READ NEXT: The best Android smartphones to buy

Make no mistake, the Moto G8 Power is as big and chunky as you’d expect from a phone that’s packing a 5,000mAh battery. If that number doesn’t mean much to you, a good point of reference is that most phones have battery capacities of between 3,000mAh and 4,000mAh.

Still, the need to charge less often comes at a cost in terms of size and weight. At 197g, it’s certainly bulky, and at 9.6mm thick it might feel a little more prominent in the pocket than what you may be used to.

Despite this heft, the G8 Power actually looks rather stylish. Motorola has gone further than ever at removing unsightly bezels from its budget handsets, this time removing the notch and instead including a pinhole selfie camera in the top left-hand corner of the screen.

Flip it over, and it looks equally nice, with a curved plastic back and slightly striped design. Gone is the camera array that looked like the face of a robot from Futurama, and in its place a more standard vertical line of cameras in the top left-hand corner, with the main lens separated like the dot of a lower-case ‘i’. The circular fingerprint reader sits in the middle of the handset – there are no fancy in-screen biometrics here.

It’s a nice design, but I do have questions about the build quality. The curved edge of the backplate connects awkwardly with the body of the phone, meaning you can definitely feel some sharp overlap if you run your fingers over it. This isn’t really a problem – it’s not a common motion, and the phone comes with a free (albeit pretty ugly) plastic case if it bothers you. Of course, it could also simply be a defect in our review unit.

Motorola has been pretty good at maintaining the consumer-friendly niceties that many companies have sacrificed on the altar of thinness, and the Moto G8 Power is no exception. While you can’t replace the battery yourself like with the E6 Plus , it has a 3.5mm headphone jack and supports microSD cards of up to 512GB in size. Alternatively, you can add a second SIM if that appeals to you.

There’s no wireless charging and it’s only waterproofed to IP52 standards, meaning it’s protected from vertical drops of water at an angle of up to 15 degrees, but it’s not guaranteed to survive a dunk in the bathtub. Still, for £220 you can’t expect the world and what’s on offer is pretty good.

Despite this, our colourimeter found it to be a slightly weaker screen than its predecessor and the G8 Plus, no matter which of the three (pretty similar) colour profiles we used. With an sRGB gamut coverage of 81.2% from a volume of 89.4%, the G8 Power’s screen is good, but not quite as colour accurate as before. It is, however, better illuminated with a maximum brightness of 525cd/m², and the contrast ratio of 1,582:1 isn’t to be sneezed at either.

In general terms, unless you’re particularly sensitive to colour accuracy, you’ll find this an improvement overall. For my money, the increased contrast, brightness and resolution is more important than the dip in colour accuracy, but it is important to note that the G8 Plus is probably stronger overall.

In terms of core specs, the Moto G8 Power is identical to the Moto G8 Plus, both packing the Qualcomm Snapdragon 665 processor paired with 4GB RAM.. As such, it shouldn’t come as any surprise that performance is basically identical.

In fact, it’s pretty similar to everything we’ve compared it to above, including the last generation G7 Power, where the boost is actually pretty modest. Fortunately, the Snapdragon 665 – and the embedded Adreno 610 GPU – comes into its own on the graphical test, where it really pulls clear:

You want to pay attention to the offscreen scores here (the faint yellow/orange bars). That’s because the red bar makes it look like the Moto G7 has the same performance, but doesn’t take into account the lower resolution 720p screen. In other words, the G8 Power gets a similar gaming performance to the G7 Power, but it’ll look sharper while you’re playing.

Finally, there’s the 5,000mAh battery – where the G8 Power gets its name. Running for 22hrs 27mins in our standard battery test, this is definitely big on stamina, and in fact makes it the 14th best performing phone battery we’ve ever seen. The problem is that the Moto G7 Power is still the third best performing overall – beating the Moto G8 Power by four hours.

Still, you could legitimately argue that this is grumbling over nothing. The G8 Power will see you through two days easily, and in an era where USB-C cables are plentiful that’s really all you need. In any case, it comfortably beats the Moto G8 Plus by a good five hours, with that extra 1,000mAh really coming into play.

While the battery remains the same, the G8 Power quadruples the number of rear-facing cameras from those found on the G7 Power. True, there was only one last generation, but four is a pretty big number, especially on a sub-£500 smartphone, so what are you getting exactly?

I’m afraid that answer isn’t as clear cut as you might think. As you can see from the outdoor samples below, there’s not a great deal of difference between images taken on each, except that the G8 Power is quite a lot brighter. So much brighter, in fact, that the automatic exposure is making everything look really washed out. Despite this, it picks up plenty of detail and is generally a good picture, but arguably no better than its predecessor.

Indoors it’s actually a win for the last generation, and it’s thanks to the same issue. While both cameras struggle with the lack of natural light – resulting in a smeary-looking image – the G8 Power’s washed-out images give the G7 Power the advantage. Simply compare the face in the postcard in the bottom left-hand corner and you’ll see what I mean:

So, you’re better off taking the hit on performance and getting an older Moto G7 Power if all you care about is photography? Well, not exactly, because the other three lenses certainly give the G8 Power an advantage. A 2x telephoto lens at this price is extremely good value, and the Macro sensor – while probably only of interest as a novelty – is pretty good as you can see from the up close and personal shot of a 50p coin below.

The front-facing selfie camera is a 16-megapixel (f/2.0) sensor, and it does the job well. Motorola has its beautifying settings switched off by default, which is just as well as you see me gradually transforming into a cartoon character as they’re enabled and then emboldened:

The Moto G8 Power is a tricky one to rate. It’s now the joint most expensive member of the Moto G family, and the main reason we praised the G7 Power was because it undercut its siblings while offering similar performance. In 2020, that role is played by the standard G8, which I will hopefully be reviewing soon.

It’s a good phone for the price, but just like the G8 Plus, its main difficulty lies in the strength of the competition. The Xiaomi Redmi Note 8T is £40 cheaper and performs just as well in most areas. It has a weaker battery life, and misses the telephoto lens (but still has four others to choose from), but it’s probably a better buy overall.

When the Moto G8 Power gets a price cut, it will be an enviable budget handset. Until then, you’re probably better off buying the now reduced G8 Plus or turning to Xiaomi.