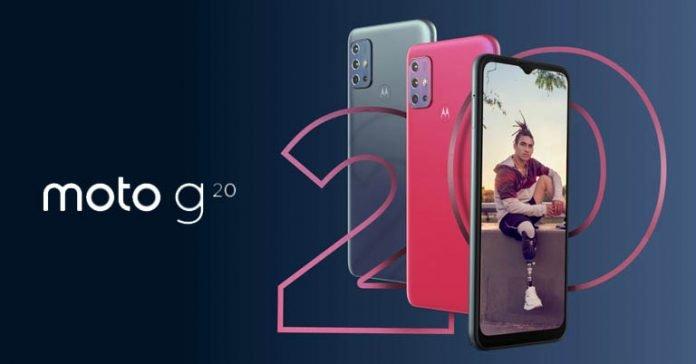 After the launch of Moto G40 Fusion and Moto G60, Motorola has launched yet another device in the revamped G-series. The new Moto G20 is a budget phone that is set to launch in Europe soon. In this post, we will be taking a look at the specs, features, expected price, and availability of the Motorola Moto G20 in Nepal.

Moto G20 features a 6.5-inch Max Vision display with support for the 90Hz refresh rate. It’s an IPS LCD panel with an HD+ resolution of 1600 x 720 pixels. That results in a pixel density of 269 PPI and a 20:9 aspect ratio. Similarly, the phone has a tear-drop notch that encloses the front-facing camera. 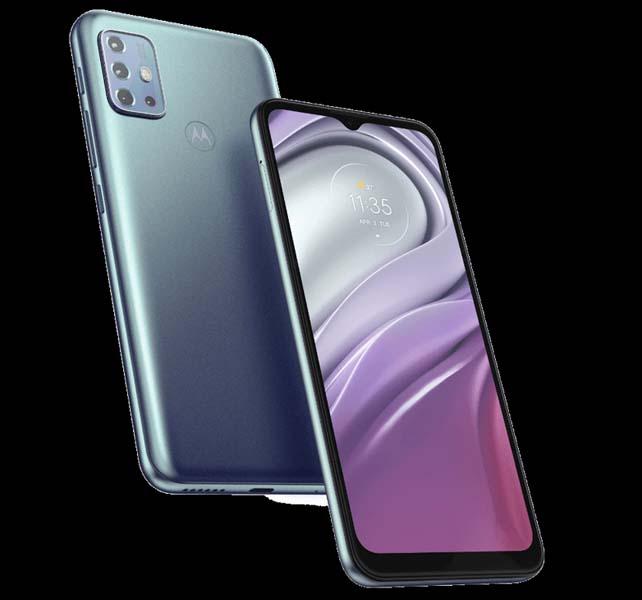 The body of the phone is made completely from plastic and it weighs around 200 grams. You also get an IP52 rating against dust and water sprays. There are two colors to choose from here – Breeze Blue and Flamingo Pink.

Interestingly, Motorola has opted for a Unisoc chipset which is quite rare in the mid-range price segment. The Unisoc T700 used in the G20 has been designed specifically to be used in Motorola devices. The chipset features two Cortex-A75 cores and six Cortex-A55 cores. Here, the graphics are handled by Mali G52 GPU.

The phone is available in a single memory configuration of 4GB RAM and 64GB of internal storage. That latter can be expanded at the expense of dual-SIM functionality.

At the back, a 48MP sensor leads the rear camera setup. It outputs 12MP photos using quad-pixel technology. The primary sensor is accompanied by an 8MP sensor with a 118˚ Field of View (FOV). There are two additional 2MP sensors for macro shots and depth information. The rear camera comes with support for Electronic Image Stabilization (EIS). 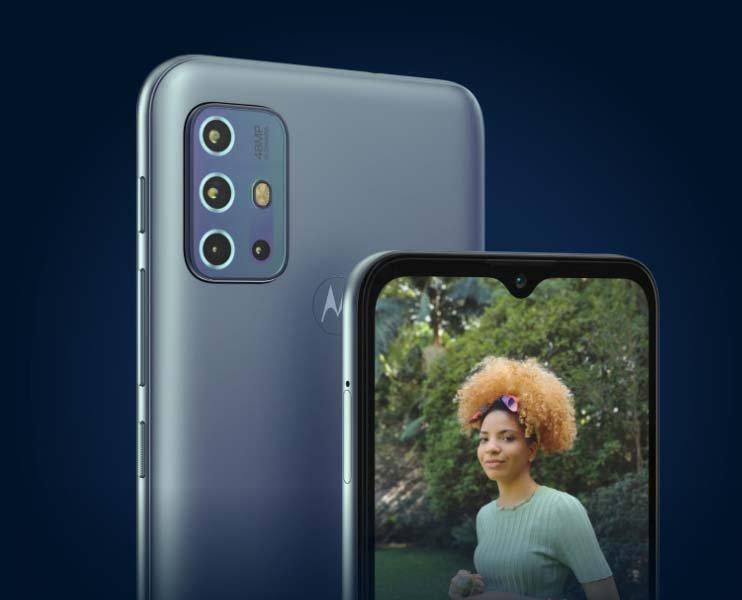 You can record FHD videos at 30fps from both primary and ultrawide sensors. You can also record videos with the macro sensor but it is capped at 720p/30fps. There is a 13MP selfie shooter on the front that can capture FHD videos at 30fps.

Rest of the specs

Fueling the device is a decent 5,000mAh battery. Motorola is claiming over two days of backup on a single full charge on this phone. Moto G20 supports 10W charging via the Type-C port. Motorola ships the compatible charger inside the box too. In terms of connectivity, you get dual-band Wi-Fi, Bluetooth 5.0, and NFC.

Moto G20 ships with Android 11 out-of-the-box with the company’s My UX on top. In addition to the power button and the volume rocker, there is a dedicated button to summon Google Assistant as well. There is also a rear-mounted fingerprint scanner for biometrics.