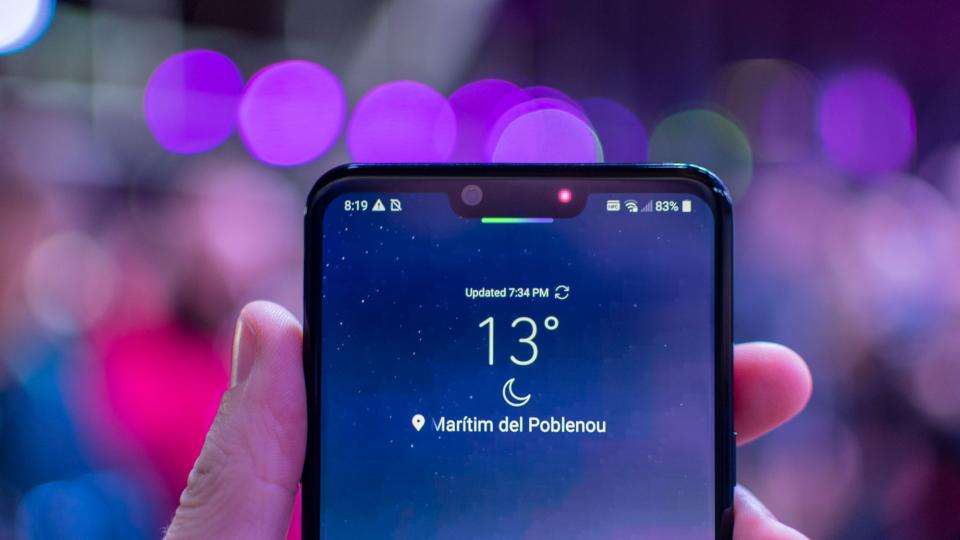 Things aren’t looking so good for LG. Last year, the South Korean firm reported a loss of over $700 million (£536 million) with its smartphone revenue which, in the grand schemes of things, is one hell of a downturn for a company that once brought us the magnificent LG G5 .

Despite this, LG is sticking with its smartphone arm in 2019. As MWC officially kicks off, LG has unveiled the G8 ThinQ, and it believes this is the phone that will recapture the once-great manufacturer’s former glories. I’m going to remain much more sceptical.

From the offset, very little has changed with the LG G8 ThinQ. It retains the same 19:9 aspect ratio as l ast year’s phone , and its aluminium frame is once again sandwiched between two layers of Gorilla Glass, for added protection against drops and scrapes.

The G8 ThinQ’s 6.1in AMOLED screen is still 3,120 x 1,440 in resolution, which equates to a dot pitch of 563ppi. It might be an identical panel to last year’s smartphone, but this is still a crisp screen nonetheless, and I expect this will be one of the best phones for your Netflix-viewing binges on the morning commute. There’s also a slim iPhone-like notch dipping into the top, which houses the solitary 8-megapixel selfie camera.

Elsewhere, the LG G8 ThinQ is fitted with all of its physical particulars in places you’d expect. A single USB Type-C charging port can be found on the bottom of the phone, which supports charging speeds up to 18W and Qualcomm’s Quick Charge 4.0 in order to top up the phone’s 3,500mAh battery. A fingerprint sensor is also on the back, for secure unlocking, and the phone is also IP68-rated for dust and water resistance. 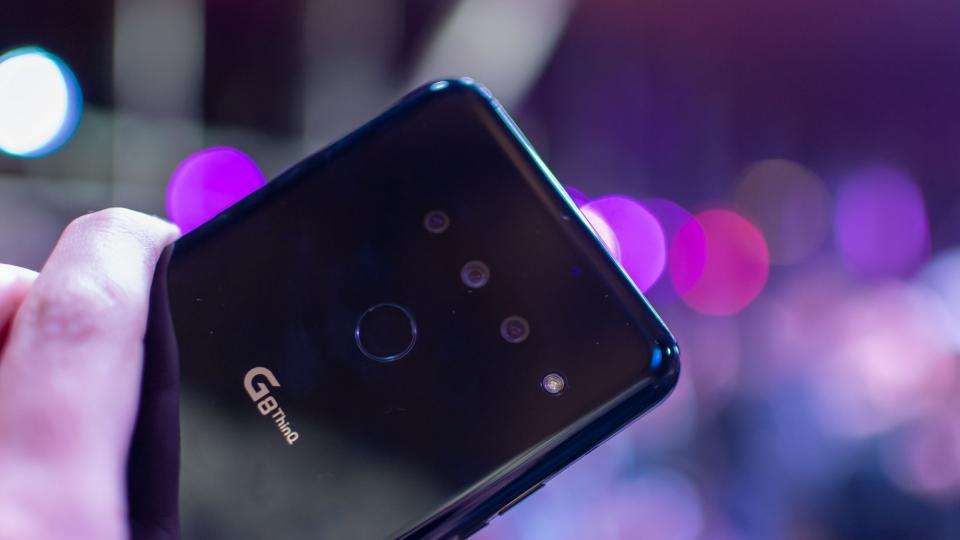 Rather unsurprisingly, the LG G8 ThinQ has seen a welcome upgrade in the processor department. This time around, LG’s flagship smartphone is powered by Qualcomm’s latest Snapdragon 855 chipset, which is clocked at a super-speedy 2.84GHz. According to LG, this should provide a 45% improvement over last year’s Snapdragon 845.

The LG G8 ThinQ is also fitted with 6GB of RAM and includes 128GB of internal storage. Rest assured, if you’re hoping to download a long list of high-quality Netflix shows and are worried that storage space might fill up quickly, the LG G8 ThinQ can be expanded with a further 512GB via microSD. 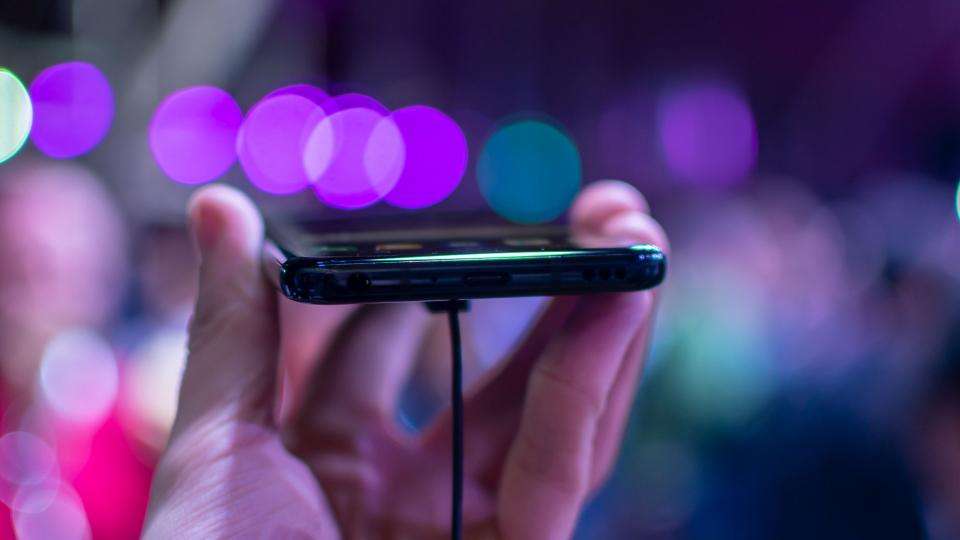 Let’s talk about the LG G8’s camera capabilities. We’re treated to a triple camera arrangement on the back of the phone. One of these is a regular 16-megapixel RGB lens, which has a super-wide aperture of f/1.5 and should allow for greater detail in low-light environments. This is accompanied by a 16-megapixel f/1.8 wide-angle sensor and a 12-megapixel, f/2.4 telephoto zoom camera.

Lastly, there are a few tweaks to the LG G8 ThinQ’s software. The phone is running the latest version of Google’s mobile operating system, Android 9 Pie, although LG’s own LG UX software overlay is running over the top. This includes new gesture controls, which LG hopes will replace the usual tap-happy smartphone experience.

Essentially, this works with the LG G8 ThinQ’s ToF (time of flight) sensor, which is embedded in the phone’s forehead notch. This bounces infrared light off a subject and can detect movement. The gesture-based feature allows you to perform all sorts of actions by waving your hands – you can answer or end phone calls, take screenshots, switch between applications or adjust the volume. You can even unlock the phone by simply placing the palm of your hand in front of the sensor, using what LG is calling “vein authentication”.

Regardless, I still think we could be witnessing the final year of LG’s smartphone division. In a year filled with headling-grabbing smartphone innovations such as flexible screens and phones with multiple cameras, the LG G8 ThinQ looks to be much of a muchness.

It’s better than last year’s phone, that’s for certain, but as it stands I don’t see anything noteworthy on offer here that could distract your wallet from this year’s already impressive smartphone flagship lineup. My opinion may change when I receive a handset for review but, as it stands, I’m going to recommend giving this one a miss.