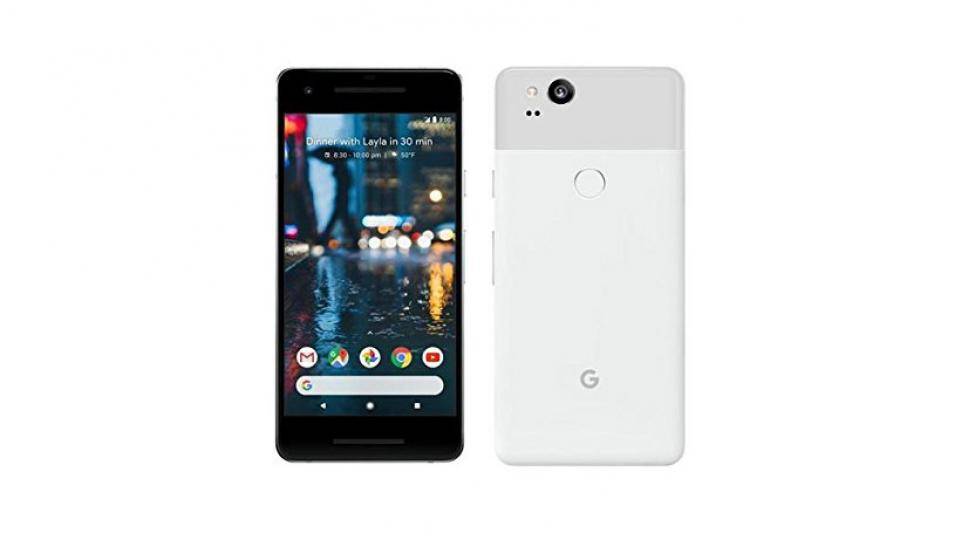 Apple recently debuted its iPhone Xs and Xs Max as the world looked on with glee. And while the Xs Max certainly knocked the iPhone X off our wishlist, how does it fare against that other household-name, premium smartphone, the Google Pixel 2?

Both handsets are amongst the best phones in the world. While we eagerly await the arrival of the Google Pixel 3 , we’re going to work with what we’ve got to see whether you should invest in the iPhone Xs, or grab a (relative) bargain with the Google Pixel 2.

The gist is the same: thin metal and glass sandwiches of premium smartphone goodness. But that’s not particularly enlightening.

In terms of screen real estate, it’s no contest: the iPhone Xs inherits the thin bezel and (notched) full-screen display of its predecessor, while the Pixel 2 has a more traditional look, complete with a 16:9 aspect ratio. The iPhone, by contrast, is 19.5:9 – in layman’s terms, the iPhone is tall and thin, while the Pixel 2 is short and fat. A nicer way of putting it would be to say the Pixel 2 is compact: it only has a 5in screen, compared to the iPhone Xs’ 5.8in display.

Neither pack a 3.5mm headphone jack, with the provided headphones plugging in via USB Type-C or Lightning. If you want to upgrade, you’re likely to be looking at wireless headphones, although if you want to connect a 3.5mm pair, the Pixel 2 does come with an adapter in the box. The iPhone Xs doesn’t. On the other hand, the iPhone Xs supports Qi wireless charging, while the Pixel 2 will require you to plug it into the wall at night.

Another advantage to the iPhone Xs is its range of finishes, coming in either silver, space grey and gold. Google, meanwhile, went a bit more conventional with the Pixel 2: white, black and blue are the options. 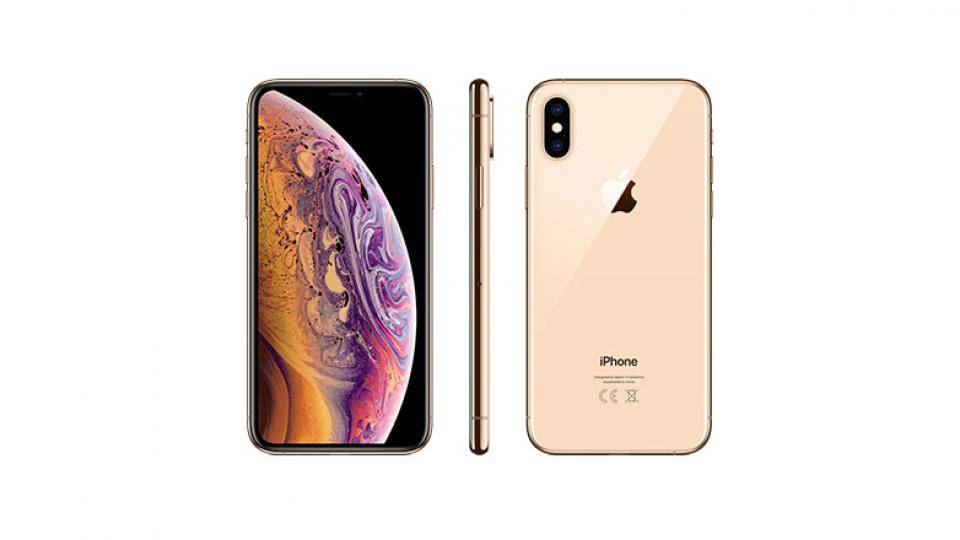 When it comes to the camera , the two phones are pretty much neck and neck – surprising, given that the iPhone Xs is a much newer phone. That said, the iPhone Xs has seen a real improvement over the iPhone X, with a larger 1.4um pixels enhancing low-light shots.

Both handsets sport a 12-megapixel camera with a f/1.8 aperture and optical image stabilisation, to ensure sharp shots. The cameras on the Google Pixel 2 and the iPhone Xs are certainly focal points on both phones, and it would be a dead heat if it weren’t for the second telephoto lens on the iPhone Xs which allows for better close-up shots. Despite this, it’s virtually a dead heat in all other areas.

Though if you care about video, the iPhone gains the upper hand. In short, shooting at 60fps with stabilised 4K, it beats pretty much every other phone out there, with sharp, detailed footage that slips seamlessly between dark and light scenes. Very impressive. 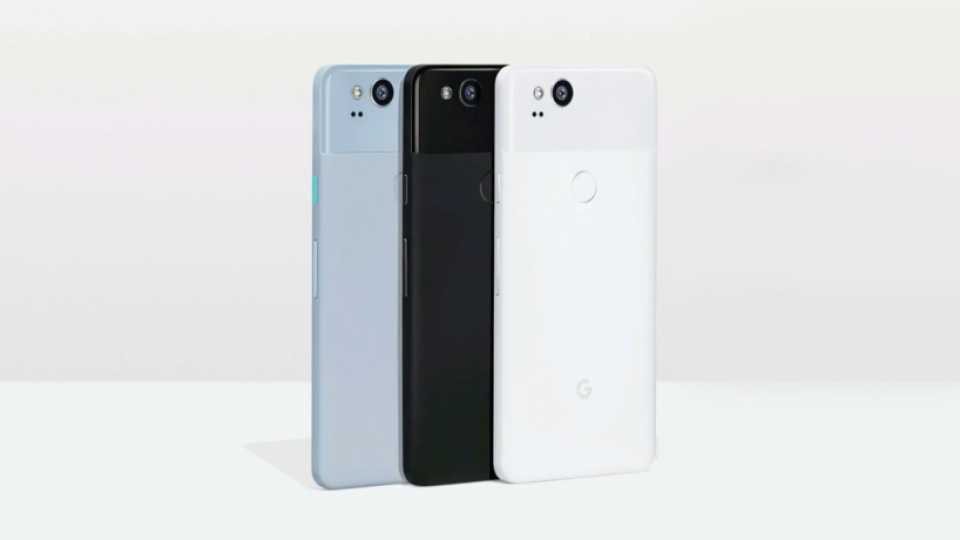 As you’d expect from two phones released nearly a year apart, there’s a bit of a gulf in specifications. The Pixel 2 uses the Qualcomm Snapdragon 835, which is certainly dependable but has been surpassed by this year’s 845 chip. The iPhone Xs, meanwhile, comes with the Apple’s latest 7nm A12 Bionic CPU. Both phones are fast, but as their relative benchmark scores in Geekbench 4 show (4,849 / 11,602 for the iPhone Xs against 1,914 / 6,303 for the Pixel 2), it really is no contest overall.

It’s a similar story for graphical performance. In GFXBench, the Pixel 2 achieved 55fps in the Manhattan offscreen test, while the iPhone Xs hit a whopping 119fps. In practical terms, you won’t really be able to tell the difference in the majority of smartphone games, but for bragging rights, the iPhone Xs knocks the Pixel 2 into a cocked hat. 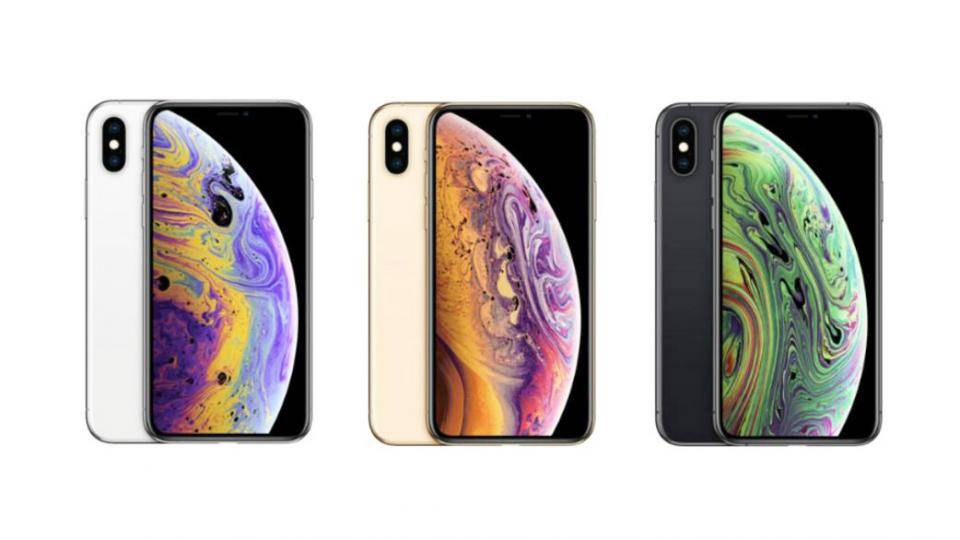 So, barring a near draw in the camera stakes, the iPhone Xs is clearly the better phone, but there’s a huge “but” incoming.

Debuting at Apple’s September devices conference, the iPhone Xs was never going to be a budget phone. Particularly when its “entry-level” counterpart, the iPhone XR, starts selling at a cool £749. The iPhone Xs starts at £999, and only goes up from there. In fact, if you’re looking for a 512MB iPhone Xs Max, it’ll set you back a hefty £1,449. Better get remortgaging that house.

Meanwhile, the Google Pixel 2 has received a tidy price cut in anticipation of the release of the Google Pixel 3. Not only is it comfortably within the triple-figure price range – unlike many of Apple’s handsets – but the 64GB version is now available for just £449 from Carphone Warehouse .

Objectively speaking, the iPhone Xs is clearly the better phone – but then it is brand new, while people who bought the Pixel 2 on launch are almost halfway through their two-year contracts.

In other words, this isn’t a fair fight. The imminent arrival of the Google Pixel 3 will no doubt remedy that, but the impressive thing is that the Pixel 2 really does give the iPhone Xs a run for its money in many ways.

The iPhone Xs is all fun and games (read: beautiful, stylish, high-performing) until you check your bank balance and find you need to remortgage your house. But if you want the better phone and don’t care about the cost, then it’s advantage Apple.