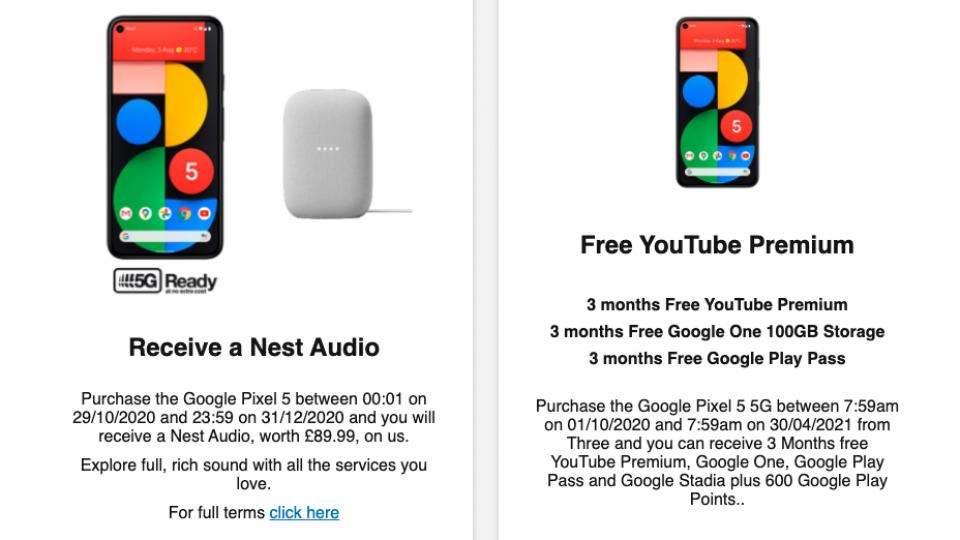 Get a free Nest Audio with Pixel 5 Pay Monthly plans from Three - plus free YouTube Premium, a Google Play Pass and Google One

Three is offering a host of offers on the Google Pixel 5 as part of its early Black Friday deals .

Not only has it dropped the price of the handset on a Pay-As-You-Go plan, if you choose one of its Pay Monthly offering you'll get a free Nest Audio worth £89.99.

The Pixel 5 was only released in October and it scored a five-star review from our Mobile Technology Editor Nathan Spendelow. As Nathan explains: "The Pixel 5 is proof that you don’t need to make sweeping changes with every generational leap. Well-priced, well-specified and just as formidable, the Pixel 5 is yet again leading the charge and waving the flag for Android."

The handset retails for £599 but you can get it from Three for £549 on a PAYG plan. On this plan, calls cost 3p a minute, texts are 2p each and you’ll pay 1p per MB of data. This isn’t the most effective way to get a mobile phone plan, but it is a good way to get £50 off the Pixel 5. You also aren't tied to a long-term contract.

Alternatively – and these are better deals, giving you more bang for your buck – you can get the Pixel 5 for £49 upfront and then £45 a month for 24 months. This comes with unlimited data, calls, texts and roaming as well as a free Nest Audio. Over the course of the plan, you’ll pay £1,129.

The Nest Audio is a smart speaker released alongside the Pixel 5 and which our Reviews Editor, Jon Bray, said "sounds great, looks great and works just beautifully."

If you don’t want or need unlimited data, Three is also offering other 24-month plans with the same upfront cost, the same free Nest Audio but cheaper monthly costs.

You have to buy the Google Pixel 5 between midnight on 29 October and 23:59 on 31 December to qualify for the free Nest Audio.

Three is also running a separate deal where if you buy the Google Pixel 5 5G between 7:59am on 1 October and 7:59am on 30 April 2021, you'll also get three months of YouTube Premium, Google One, Google Play Pass and Google Stadia plus 600 Google Play Points for free. 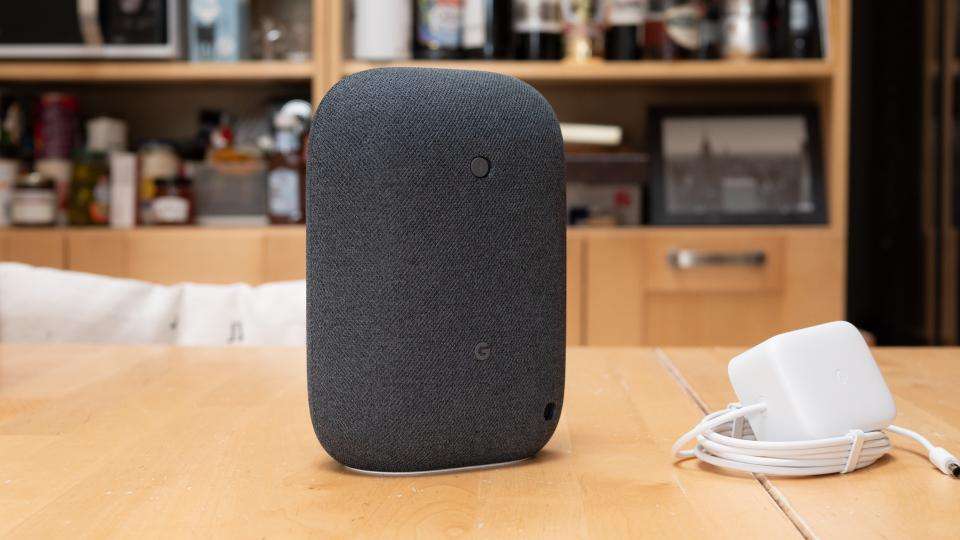