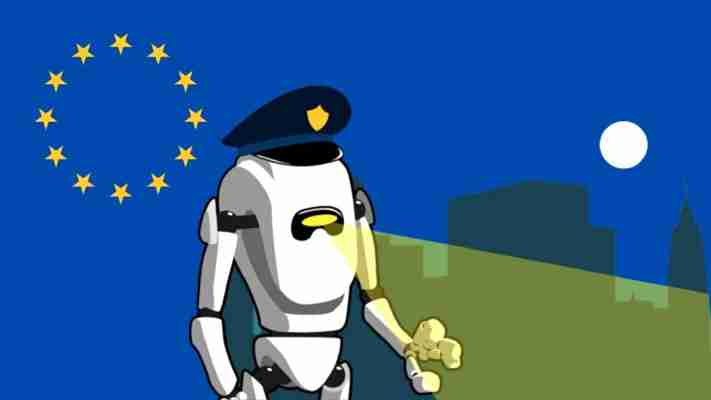 The scale of child sexual exploitation and abuse online is increasing at an alarming rate. The Internet Watch Foundation (IWF) recently announced that it’s finding more finding 15 times as much child sexual abuse material (CSAM) online as it was a decade ago.

This content is particularly prevalent in Europe . According to a 2020 report by the IWF , most web pages hosting CSAM are based in the continent. In response, the European Union plans to introduce stricter rules on tech firms that host the material.

“I will propose legislation in the coming months that will require companies to detect, report, and remove child sexual abuse,” EU home affairs commissioner Ylva Johansson told Germany’s Welt am Sonntag on Sunday.

“A voluntary report will then no longer be sufficient.”

The measures would strengthen existing safeguards, but critics fear they’ll pave the way for mass surveillance .

“As with any crime, the fight against online CSAM needs to be tackled in a way that is proportionate and lawful, meaning that interventions should be targeted against individuals or servers where there is reasonable suspicion,” Ella Jakubowska, a policy advisor at European Digital Rights (EDRi) , told TNW.

“In contrast, the EU’s strategy seems to be to cast a dangerously wide net, proposing measures which might force service providers to scan each and every person’s private messages.”

The EDRi warns that such generalized scanning poses a serious risk to everyone’s fundamental rights. The advocacy group wants any proposals to detect CSAM to align with the EU’s fundamental rights obligations. It has called for all measures to be lawful, targeted, as well as clearly and objectively proportionate to their stated goal.

Some of the group’s concerns are reminiscent of the responses to Apple’s plans to scan customers’ devices for CSAM.

The company delayed the feature’s launch amid criticisms of its effectiveness, vulnerability to hackers, and potential to scan for other material — such as indications of political dissent.

In the case of the EU’s plans, however, new measures will be mandatory.

A spokesperson for the bloc told TNW that the obligations must be implemented in full respect of fundamental rights.  They added that mechanisms to ensure accountability and transparency will be key elements of the legislation.

Despite these pledges, activists fear that the EU’s proposals will create more problems than they solve.

Images and videos of online child sexual abuse can be reported anonymously on the IWF website .