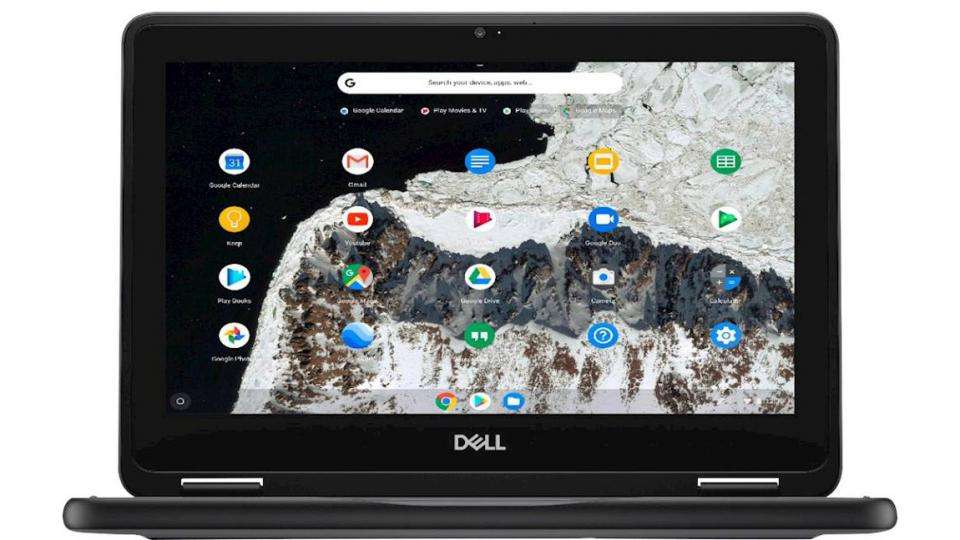 Dell’s 2-in-1 Chromebook was built with schools in mind, but don’t let that put you off if you simply want a durable, compact laptop for your business. Like other convertibles, it can morph between clamshell, tent and tablet positions, and while at 21mm deep and 1.41kg it’s a little chunky to pass off as a tablet, it still works well as one thanks to a sensitive touchscreen and an ergonomic design. What’s more, with its Gorilla Glass screen, spill-resistant keyboard and rubberised edges it’s incredibly tough. Dell claims it has been tested beyond normal MIL-STD standards, and we can believe it.

While it’s a small-screen Chromebook, with an 11.6in display, we can’t complain about its usability. The chiclet keyboard has a small left Shift key, but otherwise offers a great layout for such a small laptop, and the feel is crisp with decent feedback.

The trackpad isn’t as wide or as deep as you will find on other Chromebooks, but it’s smooth and responsive to all the crucial taps and swipes Chrome OS offers. It’s a good fit for busy students in crowded classrooms, but will work just as well if you’re doing quick edits on a document on your daily commute.

The IPS screen has its ups and downs. As with most Chromebooks in this class, the resolution is just 1,366 x 768 and the gloss surface is very reflective, which can be hard work if you’re sitting next to a window, trying to watch dark scenes in a movie. It only covers 63% of the sRGB colour gamut and colour accuracy is poor, with an average Delta E of 5.65. Yet it’s brighter than other 11.6in Chromebooks, at 256cd/m2, and in most conditions, it looks richer and punchier than the figures make out. The sound isn’t too bad, either. It’s neither very warm nor very loud, but it’s clear without being painfully thin.

Featuring a new-ish Celeron N4000 processor, with two cores capable of reaching speeds of 2.6GHz, plus 4GB of RAM, the Chromebook 3100 2-in-1 is the fastest 11.6in Chromebook on test, surging ahead of the Acer and Lenovo competition. Battery life is also impressive; it held on for nearly nine hours of video playback in our tests, so the average day shouldn’t be a problem.

What might be, though, is the price. At over £500, it’s expensive for an 11.6in Chromebook, and while it has more speed and stamina than the Lenovo Chromebook 500e, the latter offers better value. 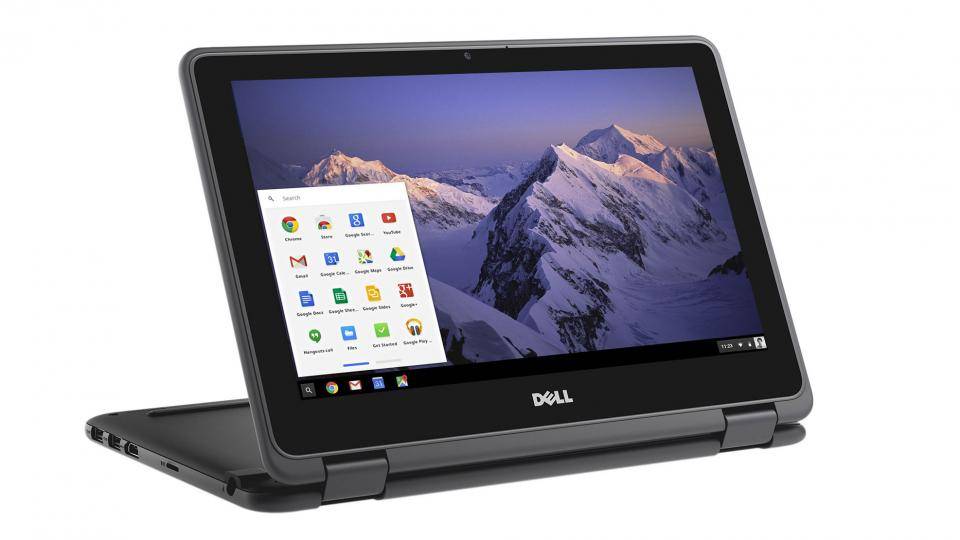