Deal alert: A Pocophone F1 for £180 is the best budget buy available

I’ve reviewed a lot of cheap phones lately from the likes of Oppo, Motorola and Xiaomi, and while budget handsets are undoubtedly getting easier to recommend, there’s still a big gulf in performance terms between something that costs £180 and something that costs £600+. That’s why the Xiaomi Pocophone F1 was so astonishing when it launched at the end of 2018. Here was a phone with the same Qualcomm Snapdragon 845 processor as the most expensive Android handsets around, but one that sold for £329. That was £170 cheaper than the OnePlus 6T which already seemed a bargain at £499 compared to the £739 Samsung Galaxy S9. You get the picture. The Pocophone F1 offered similar performance to flagships at a fraction of the price. And in 2020, it’s even better value: Clove is selling the 64GB version of the handset for just £180 delivered , which makes it an absolute steal. Of course, in 2020 the Pocophone F1 is no longer a comparison for flagship handsets which are moving on to the Snapdragon 665 processor. But if your budget doesn’t stretch past £200, then this is streets ahead of anything recently released at that price. For comparison’s sake, here’s a couple of benchmark graphs of four handsets I’ve reviewed recently which sell for around the price Clove is flogging the Pocophone F1 for.

As you can see, even 17 months after its release, the Pocophone F1 is still something of a powerhouse. And for £180, I don’t see how you can do better. As Nathan wrote in his review at the time: “Laughing in the face of four-figured smartphones, there’s simply no better phone for your money. “Yes, its software experience could use some work, and its design won’t be drawing admiring glances on the morning commute, but who cares? If you crave flagship performance at a budget price, it simply doesn’t get any better than this.” That was at £329. At £180, it’s simply unbeatable. Buy now from Clove 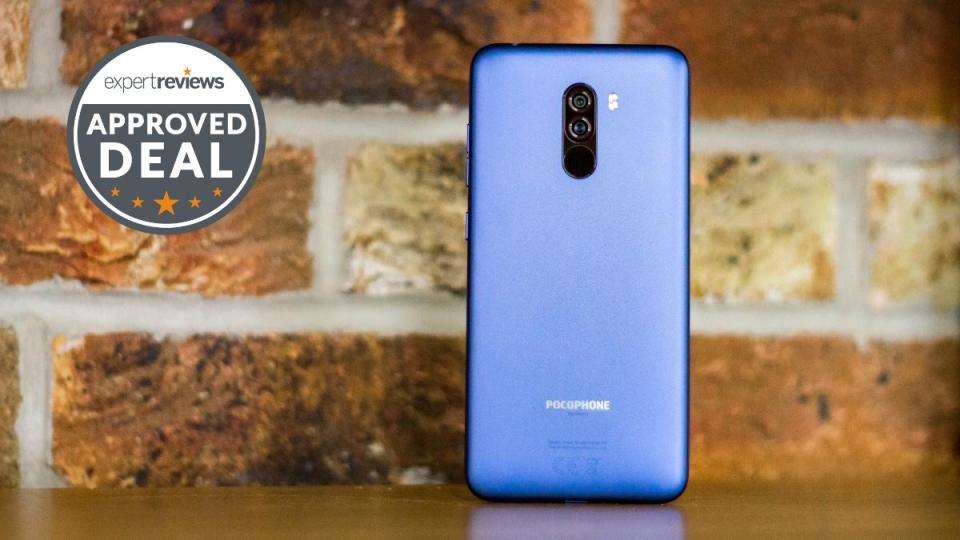