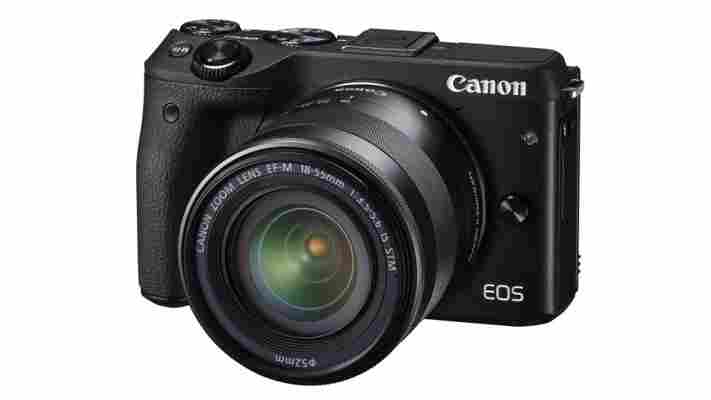 Canon was a late starter in the compact system camera (CSC) market, debuting with the Canon EOS M in 2012. It was essentially the guts of a Canon EOS 650D stuffed into a compact body – not a bad concept, but dire autofocus performance and basic controls meant it wasn't much of a threat to mature CSC designs from Sony, Panasonic and others.

The M3 is styled as a compact camera but in some ways it's more upmarket and enthusiast-friendly than the 750D. It feels more solid and robust, with a magnesium alloy construction that may last longer than the plastic-clad 750D. The 3in touchscreen is hinged to tilt up and down rather than out to the side. While this is slightly less versatile in terms of angles, we find it quicker and more comfortable to use. 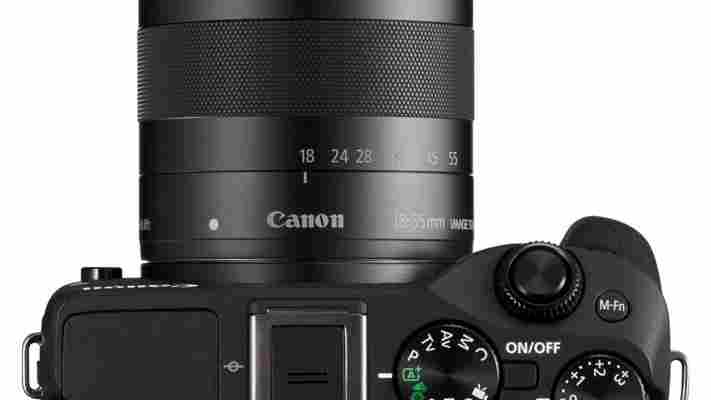 Best of all, it has four dials compared to the 750D's two. There's a mode dial, a command dial around the shutter button, a wheel on the back and a dedicated exposure compensation dial. They're used to great effect to give tactile control over exposure settings, including the ability in manual exposure mode to set the shutter speed, aperture and exposure compensation, with the camera handling the overall exposure level via automatic ISO adjustments.

There's a decent number of buttons including two that are customisable, and the touchscreen-controlled Q Menu provides quick access to other key features. However, while white balance presets can be accessed via the Q Menu or a customisable button, the manual white balance option involves capturing a photo and then using it to calibrate white balance via the fourth tab of the main menu. Such a useful feature should be much easier to access. 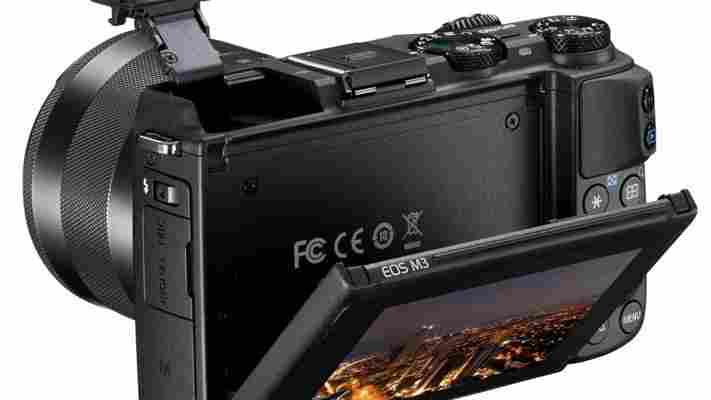 Autofocus options are much more elegant. There are ostensibly two modes – auto or flexible spot. The auto mode incorporates face detection, and tapping the screen invokes subject tracking. Flexible spot lets the user place the autofocus point freely in the frame. Manual focus is well implemented too, with an MF button on the back and the ability to magnify the preview by 5x or 10x via another dedicated button.

Autofocus was painfully slow on the EOS M. It's much better this time around but it's still not great. We measured times between half and one second from pressing the shutter button to capturing a shot, which is roughly double what most CSCs manage. Taking photos in quick succession came in at 1.1 seconds between shots, but it became apparent that pressing the shutter button too quickly made the camera shoot without refocusing first. When we gave it time to refocus, the fastest it could manage was 2.2 seconds between shots.

Continuous mode was much better at 4.3fps, continuing indefinitely for JPEGs and slowing to 1.4fps after four RAW frames. Enabling Servo AF for updating autofocus between shots saw performance fall to 1.7fps, but this is still much better than waiting for 2.2 seconds (equivalent to 0.45fps). If you're willing to live without image reviews after capture, you could conceivably leave the camera permanently in continuous mode with Servo AF in order to speed up shot-to-shot times.

The EOS M3 is smaller and lighter than any SLR, but not massively so. At 580g with its kit lens, it's nearer to the 750D (771g) than the Panasonic GF7 (341g), for example. While most CSC manufacturers have managed to shrink the size of their 3x zoom kit lenses over the last couple of years, Canon is still using the relatively bulky 18-55mm lens it introduced in 2012. The resulting camera is a satisfying size and shape in the hand but it's not the most portable of CSCs.

Switching to the 22mm f/2 pancake lens reduces its size and weight, although other CSCs have pancake lenses of their own too. It's also worth noting that there are only four EOS-M lenses in total (a 55-200mm and an 11-22mm complete the quartet). Samsung has 17, Sony has 26 and Panasonic and Olympus's Micro Four Thirds system has 60. An adapter is available that allows Canon SLR lenses to be attached, but we don't see the point. The camera becomes front-heavy and the larger handgrip of a Canon SLR makes more sense.

The M3's battery life is another drawback. It uses the same battery as the 750D, but because it's running permanently in live view mode it only manages 250 shots from a single charge. That may not be enough for a single day's use, especially if you factor in use of the Wi-Fi functions.

The accompanying Android and iOS apps provide elegant image browsing, the ability to star-rate your pics and transfer of JPEGs, plus a remote viewfinder mode with control over autofocus and exposure settings. As with previous Wi-Fi-equipped Canon cameras, we couldn't get the M3 to communicate with our Nexus 4 phone. It worked perfectly with an HTC Desire 610, though, with NFC establishing the connection automatically. This time it was the iOS app (running on a third-generation iPad) that proved to be troublesome but we established a connection on the third attempt. 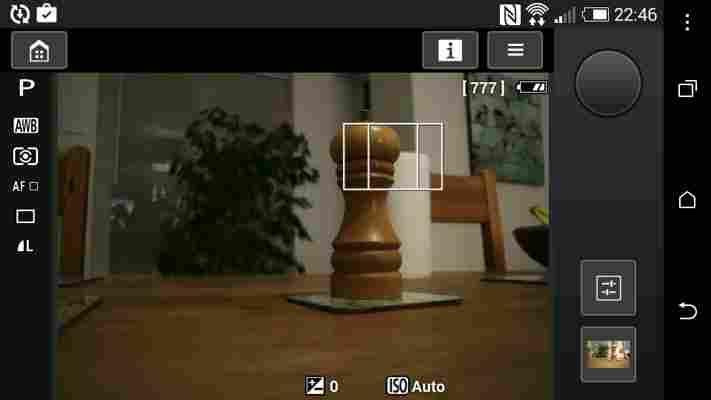 The M3 is an excellent video camera. Clips up to 30 minutes long are captured at 1080p at a choice of 24, 25 or 30fps. Picture quality was generally excellent, although fine details lacked the precision shown by Panasonic and Sony CSCs. The M3 nailed video autofocus, though, with responsive, touchscreen-controlled subject tracking. It handled manual exposure well, with the ability to adjust settings while recording using the touchscreen to avoid spoiling the soundtrack.

There's also an on-screen button to switch to manual focus while recording – handy for avoiding focus hunting when shooting static subjects. The built-in microphone sounded a little boxy, with a lack of very high and low frequencies, but there's 3.5mm socket for an external microphone.