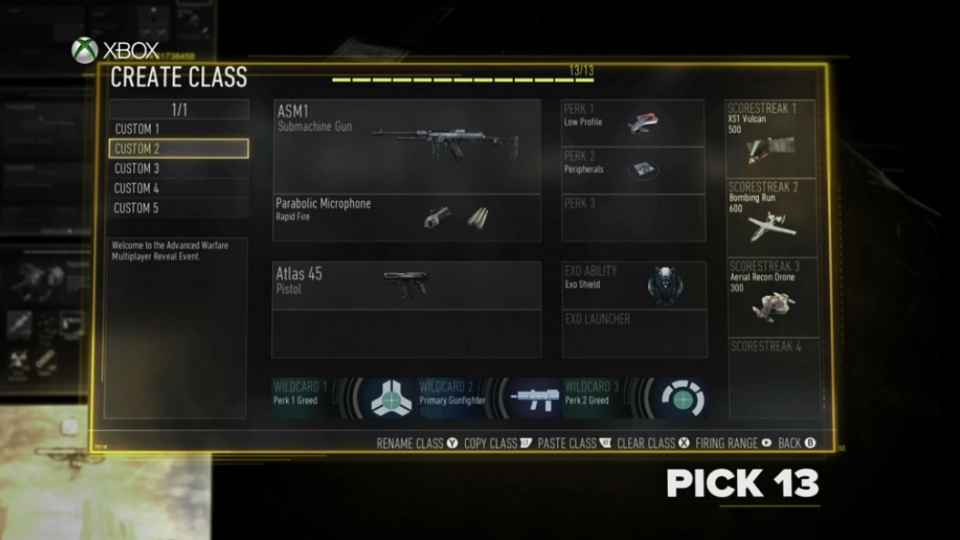 Activision's pre-Gamescom reveal event for Call of Duty: Advanced Warfare 's multiplayer mode is under way, and we've been putting the first gameplay footage under the microscope to bring you the latest information ahead of the game's launch later this year. First up: the Pick13 customisation system, which promises a completely unique character for every gamer.

Until we get the full version of the reveal trailer you'll have to make do with our hastily grabbed screenshots, but they will give you an idea what to expect from the most radically different Call of Duty game since the first Modern Warfare.

Pick13 is based on the Pick10 customisation system from Black Ops 2 , which proved popular with fans. The extra three points can now be put towards scorestreaks for the first time, meaning players have the choice of three, two, one or no scorestreaks whatsoever to suit their particular playstyle. You'll be able to choose from a primary weapon with attachments, secondary weapon with attachments, three perks, EXO launcher and abilities, and up to three score streaks. If you can't decide, or want a bit of randomness in your multiplayer matches, you'll be able to use wildcards that change every time you play instead.

For the first time in the series, you'll even be able to customise the scorestreaks themselves . Rather than just choose from a pre-defined list of UAVs, attack drones and care packages, you'll be able to customise them to suit your personal tastes. Now, turret guns can be turned into rocket launchers, or made mobile with the ability to rip off the barell and take on the move. There will also be the option for co-op scorestreaks, where one player earns it and a second jumps in for the ride. The reveal trailer showed a Warbird helicoptor, where one player (having earned the unlock) fires the turret gun and a second player fires a rocket launcher from the back seat. 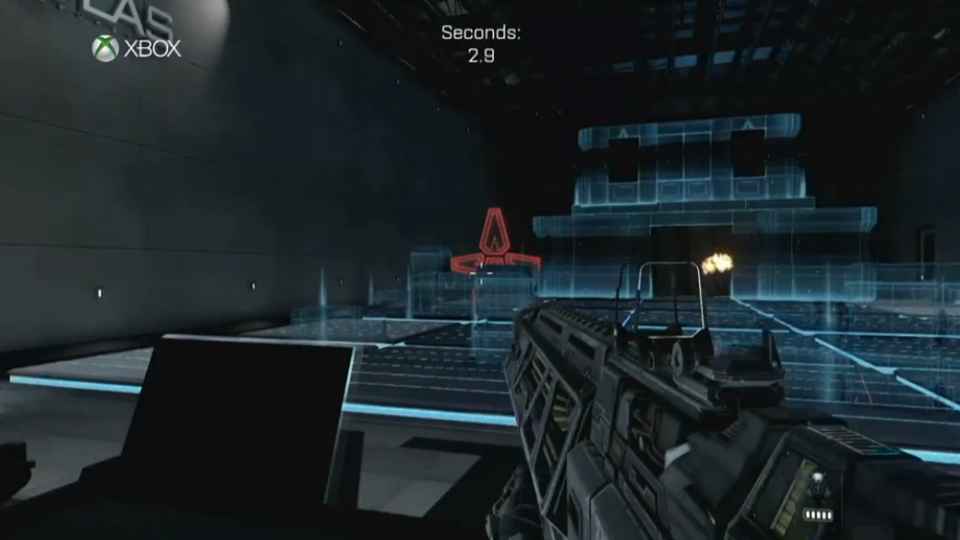 With so many weapon customisation possibilities and the new directed energy weapon class, you'll want to try out your creations as soon as possible. That will be possible in the Virtual Firing Range , which can be jumped in to from the create-a-class menu or between matches. It will give you an immediate feel for new weapon sights or optics, attachments, bullet spread and the general feel of a new gun, before you try it out for real on the battlefield. 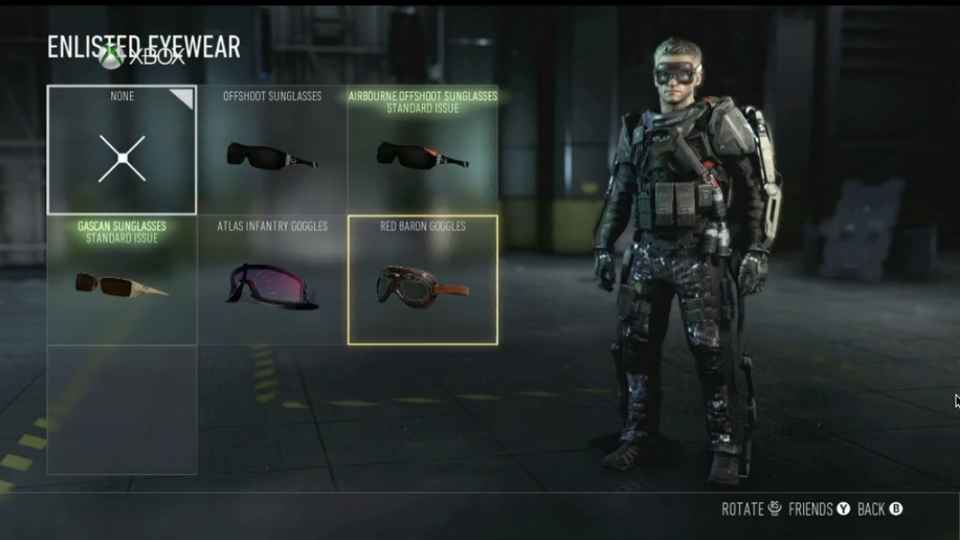 It won't just be your loadout open to customisation, either; you'll be able to completely customise your character's appearance, from the facial features to the helmets, vest kits, boots and your EXO suit. This Create an Operator mode should mean that every player has a unique look, that can be shared and shown off in the redesigned virtual lobby system. When playing multiplayer games, rather than simply staring at a static menu between rounds, you'll be able to see your player avatar along with everyone else in the game, with details showing player customisation, Pick13 setups and scorestreak loadouts. 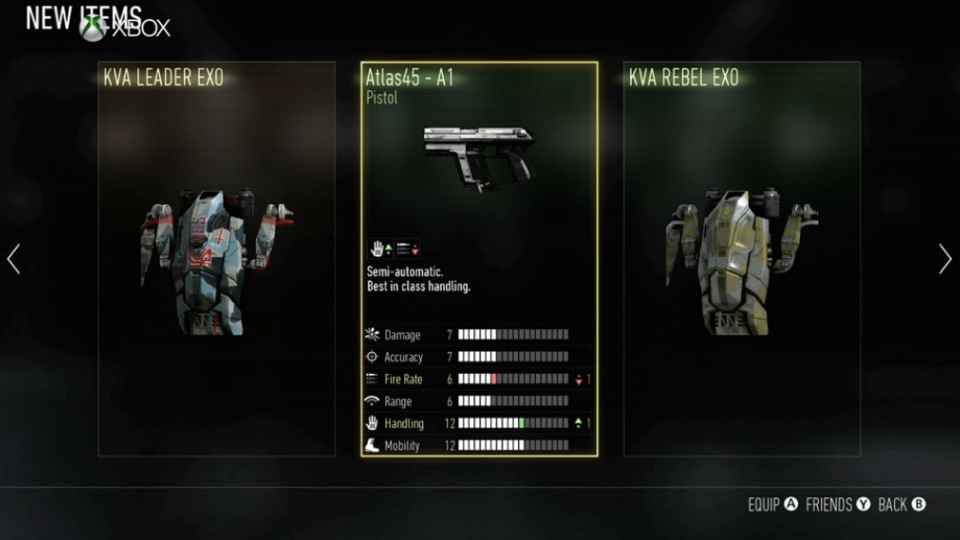 Unlocking new gear for your character will happen slowly over time through XP progression, but you'll also be able to get unique or rare patterns, designs or equipment with the new Supply Drop system. Supply drops will be earned through the amount of time spent in game, completing daily challenges and generally playing well, unlocking either upgraded wepaons, character gear or one-time use reinforcement abilities. Weapon loot modifies the base statistics of the standard weapons, making them fire faster or have less recoil, so are very desirable, while Reinforcement cards temporarily unlock perks, abilities or scorestreaks once per use. Essentially it's the Call of Duty version of Titanfall' s Burn Cards, and will unlock as either Enlisted (basic) Professional (rare) or Elite (ultra-rare) items. Looking at it from a sceptical point of view, this system seems ripe for monetisation and micro-transactions, so we'll just have to wait and see what Activision has in mind.

There's still plenty more news from tonight's reveal on the way, so be sure to check back later to find out what you've missed.