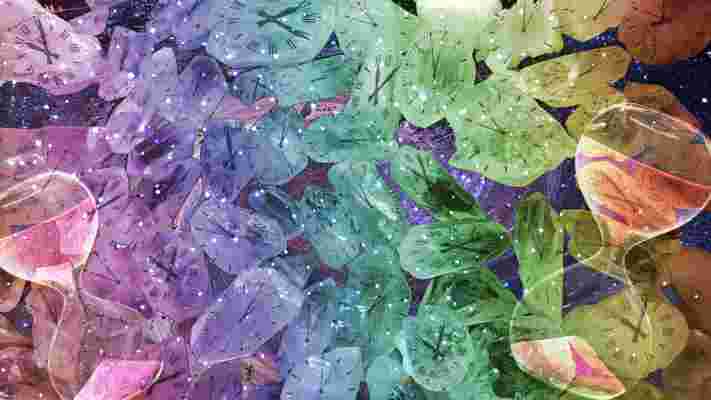 Alphabet’s reportedly planning to promote one of its Moonshot projects from venture to business in a bid to take advantage of its recent breakthroughs in the field of quantum computing. It was only a matter of time.

Time crystals , that is.

Up front: Last year’s big story in the physics world was Google and its partner’s breakthrough experiment in creating a new phase of matter inside a quantum computer called time crystals.

As we reported last year , this is a big eureka moment because time crystals defy the laws of classical physics:

Background: Scientists hope to harness the power of time crystals to build advanced quantum computing systems capable of computational feats the likes of which all the combined supercomputers on Earth couldn’t hope to achieve.

Until recently, quantum computers have been considered a future technology. While numerous research centers and companies are heavily-invested in developing working quantum systems, we’ve yet to see a demonstration of quantum advantage — the point at which a quantum computer can successfully perform an operation that a supercomputer couldn’t within a reasonable amount of time.

There have been claims, with the most recent from the Google quantum team , but those claims are still awaiting peer-review. In the past, similar claims have been disputed.

Now what: Business Insider reports that Alphabet is planning to spinout Sandbox Technology Inc ., a quantum company it’s been incubating as part of its Moonshot ventures program.

The BI report makes it seem like a done deal, which would mean Sandbox is set to exist alongside fellow sister companies in Google, Deep Mind, and more. This is fairly rare in the big tech business world. Typically, with future techs, we see the likes of Alphabet, IBM, Microsoft, and Meta snatching up startups left and right.

It isn’t every day we see one of the big players spin a quantum computing startup out. Our guess is that Sandbox is planning to announce new experiments and hopes to do some fundraising on its own.

We’ll have to see the launch announcements and the official business registries in order to opine on whether Sandbox will continue to research edge cases (such as time crystals) or if it plans on implementing a strategy and working towards the actual development of a quantum computing system it or Alphabet can market.

In other words, we don’t know whether Sandbox is spinning out to raise money for further research and hardware or to sell quantum technologies.

Quick take: If I were the CEO of a quantum computing startup that might be in direct competition with Google or IBM in 2022, I’d be a little concerned.

2021 was one of the most exciting years for quantum computing in memory. It’ll be hard to top the creation of time crystals, but it seems like a safe bet that Alphabet wouldn’t spin out a pet project unless there was money to be made.

What remains to be seen is how Sandbox and Google Quantum (which, as far as we know will still exist after the spin off) will work together.

We reached out to Alphabet for comment and will update this article if we hear anything back.