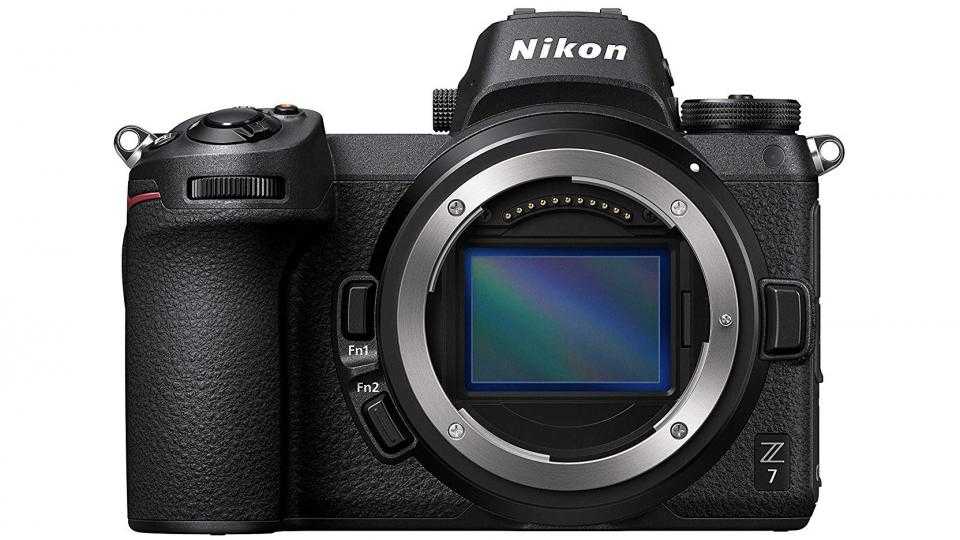 The Nikon Z7 is Nikon’s first full-frame mirrorless camera – and that’s a huge deal, following years of Sony building up a commanding lead in the pro-level mirrorless stakes. With it, the company is also introducing an entirely new lens mount – and that’s also a huge deal, given that Nikon’s existing F-mount has been around for 60 years.

For its first foray into this market, Nikon hasn’t cut any corners. At the heart of the Z7 is a 35mm, 45.7-megapixel sensor, featuring on-sensor phase-detect autofocus with nearly 500 AF points. It can shoot stills at up to 9fps in burst mode, and record 4K movies at up to 30fps, with 1080p footage going up to 120fps. Not bad for a camera that weighs under 700g.

READ NEXT: The best compact, CSC and DSLR cameras you can buy

Apart from its arm-length list of features, one of the Z7’s standout statistics is its price. The body alone will set you back £3,399 and, if you’d like a lens with that, such as the 24-70mm f/4 Z-mount kit lens, you’re looking at another £600 on top. If you already have a few Nikon lenses and want to use them on your new camera, it’s £100 more to get the FTZ adapter. Cheap, it ain’t.

For comparison, it’s a full £1,000 more expensive than Canon’s competing mirrorless camera, the EOS R – although the Nikon has a higher resolution and is more capable at shooting video. The Z7’s main mirrorless competitors are from Sony, whose A9 costs a little more at £3,699 body-only , while the A7 III is significantly cheaper at £1,999 .

The Z7’s full-frame sensor boasts a whopping 45.7-megapixel resolution. It also offers on-sensor phase-detect autofocus, allowing photographers to choose from any one of 493 autofocus points. These cover pretty much the entire sensor, so it’s very easy to choose a point over your subject: the days of focusing and recomposing are numbered. The new Z-mount also features an in-body image stabilisation system, which means every lens gets the benefit. We definitely appreciated this, especially during our video tests.

If you’ve got an existing stock of older Nikon lenses you want to use, you can use the FTZ mount adapter to connect them. This is a relatively simple design: it stands an F-mount off the body, and features electrical contacts so that autofocus and other features still work. There’s no glass involved, and its weather-sealed, magnesium alloy construction means it feels robust.

We gave the FTZ adapter the sternest test we could, using it to attach Nikon’s massive 3.5kg 180-400mm f/4 lens to the Z7. The results were very solid: with the lens clicked into the FTZ adapter and the adapter twisted onto the body of the Z7, there was very little movement, and we felt no hesitation in picking the camera up by the lens or by the body. If you’ve invested in quality glass, the FTZ adapter is a no-brainer at £100 and it’s not limited to Nikon’s own lenses: Sigma says that its current crop of lenses, including its excellent ART series, will work with the FTZ mount. Just note that to get that price you have to buy the adapter with the Z7. On its own, it’s a £269 proposition – a steep premium.

One thing you probably can’t bring across from an older camera is your memory card. We’ve seen a few recent DSLRs with support for ultrafast XQD cards, but the Z6 and Z7 are the first ones we’ve seen that require them. This also pushes up the overall cost, as the Z7’s RAW files weigh in at around 60MB apiece, and the camera only has a single memory card slot, so you’ll want to invest in a high-capacity card. Indeed, that’s one thing that professionals might baulk at: a £4,000 camera really shouldn’t be limited to a single slot. XQD cards are supposed to be highly reliable, but experienced photographers know that sod’s law is equally infallible.

Old-school photographers might still swear by their optical viewfinders, but the Z7’s 3.6-megapixel electronic viewfinder is outrageously good. It’s as sharp as you could ask for – we had no problem manually gauging focus through it – and wonderfully bright and comfortable.

The monitor on the back is similarly luxurious. At 3.2in it’s as big as you’ll find on any DSLRs, and, like the EVF, it has a terrifically high resolution – 2.1 megapixels, to be precise – ensuring you can easily make sense of whether a subject’s sharp or not. It’s touch-sensitive, of course, and tilts for convenient viewing at awkward angles. Like the rest of the camera, the monitor and tilting mechanism feel solid and robust. You get a supplementary monitor as well – a small square display on the right-hand hand shoulder shows your current shooting settings and drive mode, an estimated number of images that will fit on your memory card and how much battery power is left.

That brings us to another potential sticking point. Very little in the DSLR world sucks battery life like a bright, high-resolution EVF, and unsurprisingly the claimed battery life is decidedly on the low side at just 330 shots. You’ll probably do better than that in real-world shooting, but we would be reluctant to rely on a single battery for more than a day of intensive shooting – and less than that if you’re recording video. To alleviate matters, Nikon plans to release a battery grip that will clip on to the bottom and let you mount two batteries at once; for now, we suggest you pick up a spare battery along with the camera.

Still, performance is excellent. In its “extended” mode, the Z7 shoots stills at 9fps, which isn’t far off the maximum speeds of more expensive DSLRs. With a Sony G-series XQD card installed, we were able to capture 19 RAW files at this rate before buffering slowed us down, and switching to best-quality JPEGs raised the count to 26. It’s not the world’s most stunning performance, but for the odd wildlife shoot it’s pretty good. Autofocus is worth a mention, too: it’s superb, and we had no trouble tracking moving subjects.

Of course, those huge RAW files are no good if, well, they’re no good. Happily, the Z7 produces images of absolutely superlative quality. We had to push ISO to 3200 before noise even began to creep in, and boosting sensitivity by another stop to ISO 6400 still yielded excellent results. That makes the Z7 an outstanding low-light camera – and if you’re shooting in brighter conditions, you can enjoy an incredibly wide range of shutter and aperture options with virtually no penalty in terms of image noise.

The 14-70mm f/4 kit lens acquitted itself well, too. A sensor like this will expose poor-quality glass, but the Z-mount lens was gorgeously sharp. It had a bit of a tendency to vignette at larger apertures, but once lens profiles are available for the leading RAW converters that’s unlikely to be an issue.

When it comes to video, Nikon could hardly launch a new flagship camera without 4K support, and that box is resolutely ticked, at frame rates of 30, 25 or 24fps. The only other option is 1080p, but this supports frame rates up to 120fps, allowing you to shoot great-looking slow-motion clips. Attach an external recorder and you can take advantage of Nikon’s N-Log output to capture 10-bit, 4K footage. And as you’d hope, there’s an external microphone input.

The Z7 is a superb camera. It’s in with a shout of being the best all-round DSLR ever. Its still images and video are more or less unbeatable, while its form factor, low weight, and compatibility with Nikon’s vast range of F-mount lenses make it deeply appealing.

The only catch is that the price puts it very much in the realm of professionals – a constituency that may hesitate to invest in a camera with a single card slot, and a battery that could conk out before the end of a gruelling shoot. Even so, if you’re a serious photographer who’ll make use of the full breadth of the Z7’s capabilities, it’s a purchase you won’t regret.