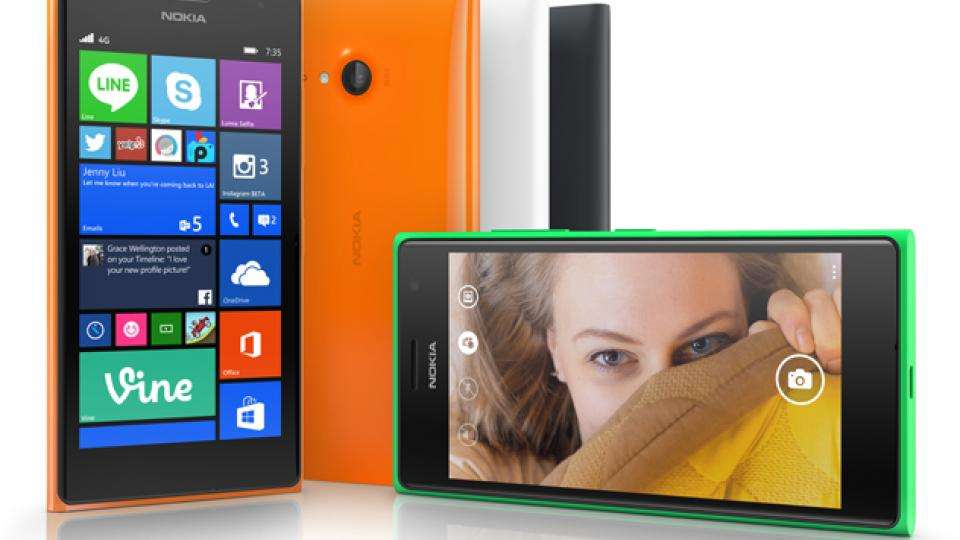 Microsoft abandoned the word 'photo' as it announced three new phones ideal for taking endless selfies of your sweaty, gurning face. The Lumia 830 has been branded an "affordable flagship" at €330 (£260) and will be available later this month. The Lumia 735 and 730 dual-SIM, the former 4G and the latter dual-SIM, will cost €219 (£174) and €199 (£158) respectively when they launch this month.

The Lumia 735 and 730 are great for selfies, according to Microsoft, who put a hefty focus on image quality. Both have a 5MP, wide-angle front-facing camera capable of 1080p video, while on the back is a 6.7MP camera with LED flash.

The Lumia 830 has a 10MP PureView snapper on the back and a miserly 1MP front facing camera. On the inside there's a 1.2GHz quad-core Qualcomm Snapdragon 400 processor, although no word yet on how much RAM. The Lumia 830 comes with 16GB of storage, with 15GB more through OneDrive. A micro SD card slot can beef this up by 128GB.

The 5in, 1280x720p IPS LCD screen is "super sensitive" and will work with both gloves and long fingernails, Microsoft said. There's also a removable 2200mAh battery and Qi wireless charging.

The Lumia 735 (pictured below) and 730 have identical specs, but the former supports 4G while the latter is dual-SIM. Both have a 4.7in OLED 720x1280 display, which is sensitive enough to pick up touch through gloves and fingernails.

There's a 2220mAh battery, with the 735 supporting wireless charging. Each is powered by a 1.2GHz quad-core Qualcomm Snapdragon processor with 8GB of storage. Once again this is supported by 15GB of free OneDrive storage and micro SD for an extra 128GB.

All three new phones will be launched later this month and will come with the Windows Phone 8.1 with the Lumia Denim update. The latest Lumia update will also bring new camera features to the Lumia 930, Lumia Icon and Lumia 1520. Improvements include faster capture speeds, 4K video recording at 24fps and auto HDR with Dynamic Flash. New algorithms will also improve images captured in low-light.

Lumia Denim will come pre-installed on the Lumia 830, 735 and 730 and will first roll-out as an update for the Lumia 930, Icon and 1520. It will be available as an over-the-air update for all other Lumia Windows Phone 8 devices in the coming months. 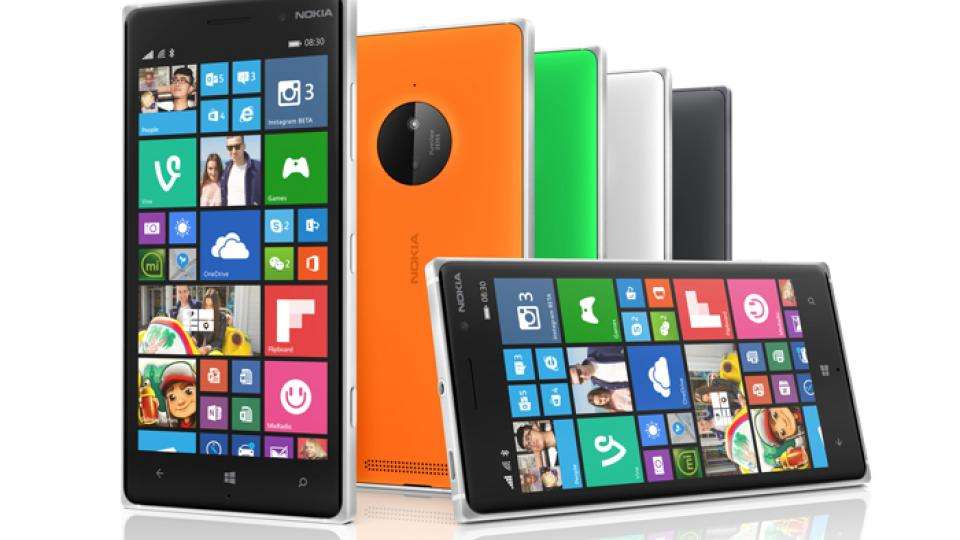