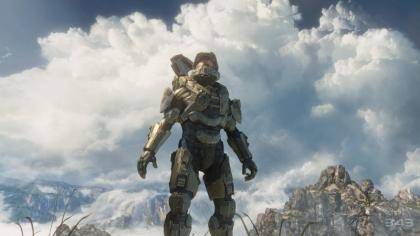 Halo is arguably the game that made the Xbox, leading to a hugely successful, not to mention popular, series of games. You can imagine the trepidation, then, when the game's original developers, Bungie, split from Microsoft, leaving Halo 4 to be developed by newcomers 343 Industries. To let us see what the 343 Industries has done, Microsoft unleashed us on the game, letting us play through two campaign maps, as well as having a burst of multi-player mayhem.

The first thing to note is that Halo 4 is sympathetic to the original, while managing to take the franchise in a different direction. In case you can't remember the end of Halo 3, the new game picks up four years later with Cortana, the AI, waking Master Chief from his cryo-sleep to find their ship, Forward Unto Dawn, under attack.

It's great to see Master Chief back, with 343 Industries capturing the heart and spirit of the original

For this first level, 343 Industries wanted to invoke memories of the first Halo game. With the dark corridors of the ship, it certainly has the feel of the original. This first level serves as a kind of training mission to get you back into the spirit of the game, as you fight the Covenant and try and escape from your attackers.

As you play through this fast-paced mission it becomes clear that it's not the Covenant that are threat, but the brand-new Prometheans. These aliens are the Forerunners, the aliens that built and deployed the Halo weapons.

We then got chance to see the new threat full-on, as we played the game's third level: Forerunner. This puts you on the alien's planet and introduces you to the worst the Prometheans have to throw at you. It's brilliant idea to mix the action up, as even the most hardened Halo player will have to learn new tactics, as the Prometheans fight in a completely different way.

At the bottom of the chain are the Crawlers, which look like cybernetic dogs, only ones that can climb walls and can shoot from the guns mounted on their faces. Their job is simply to quickly swarm you from all angles, attacking you relentlessly. They're fast all-terrain movements, means it's harder to find a rock to hide behind while you recharge your shields. They're also hard to kill and generally need a few well-placed shots to wipe them out. 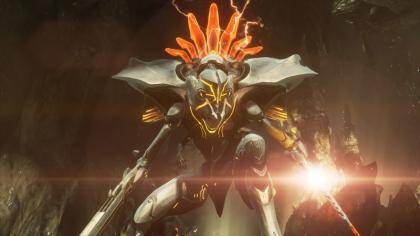 Then, there are the Promethean Knights, which are full-on double-hard killers that will have you screaming in annoyance as you work out how to wipe them out. As well as being incredibly tough with the most dangerous weapons, Knights can also teleport out of danger or, annoyingly, close enough to finish you off.

Their real trick, and the tactic you have to deal with first, is that they work with Watchers. These look like gyro-copters and can either be already present on a map or spawned from a Knight's back. The Watcher's job is to support the other Prometheans, by projecting shields, healing them, spawning crawlers and even resurrecting dead Knights. 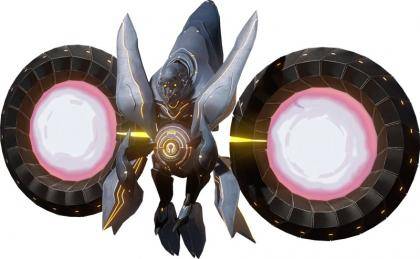 Watchers can heal, shield and even resurrect dead enemies - kill them immediately!

It's crucial to wipe out the Watchers before you even consider taking on anything else. Even when they're all dead, the Knights are a real pain with shields you have to take out before you can kill them. As the Knights will duck behind cover when you start shooting, it's really a matter of getting up-close and personal.

Fortunately, with new aliens comes a new range of weapons. There's a great mix in there, with most of them having dual fire-modes, giving you plenty to learn about. First is the Boltshot. This fires a powerful bolt at your enemies, but its fire rate is only limited by how quickly you can pull the trigger. Like the Plasma Pistol you can hold the trigger down to create a more powerful shot.

The Scattershot is like a shotgun and is great for getting up-close-and-personal with anyone in your way. A neat trick is that its shots can bounce of surfaces, giving you a way to take shots without putting yourself in harm's way.

The Suppressor is a your good old-fashioned rapid-fire assault rifle appearance. It fires deadly bolts at high speed and is perfect for taking down those annoying knights.

The Light Rifle was the final gun that we had chance to play with. At range it's like a more powerful Carbine, letting you pick your targets off from a distance. However, if you fire from the hip it quickly shoots a less-powerful three-round-burst. 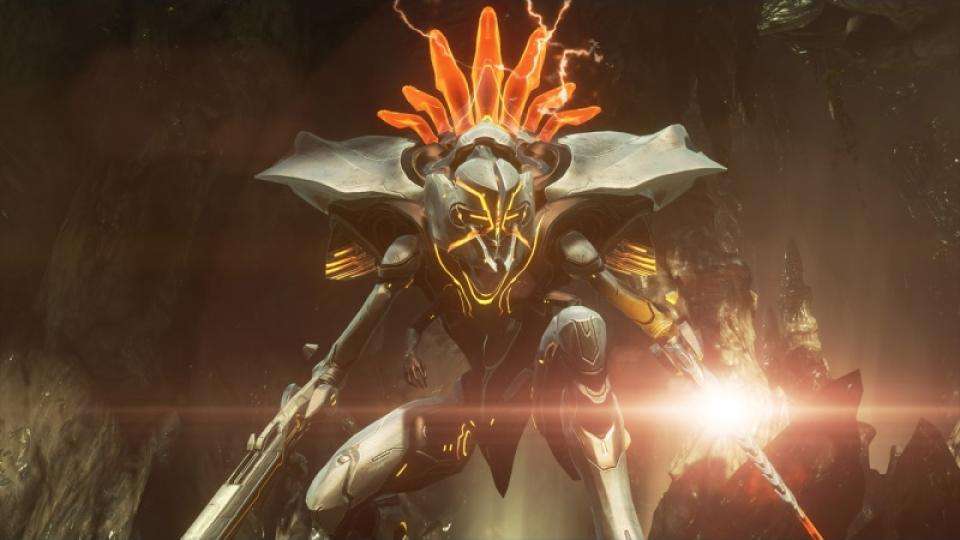